A Case of Chronic Sinusitis and Sleep Apnea 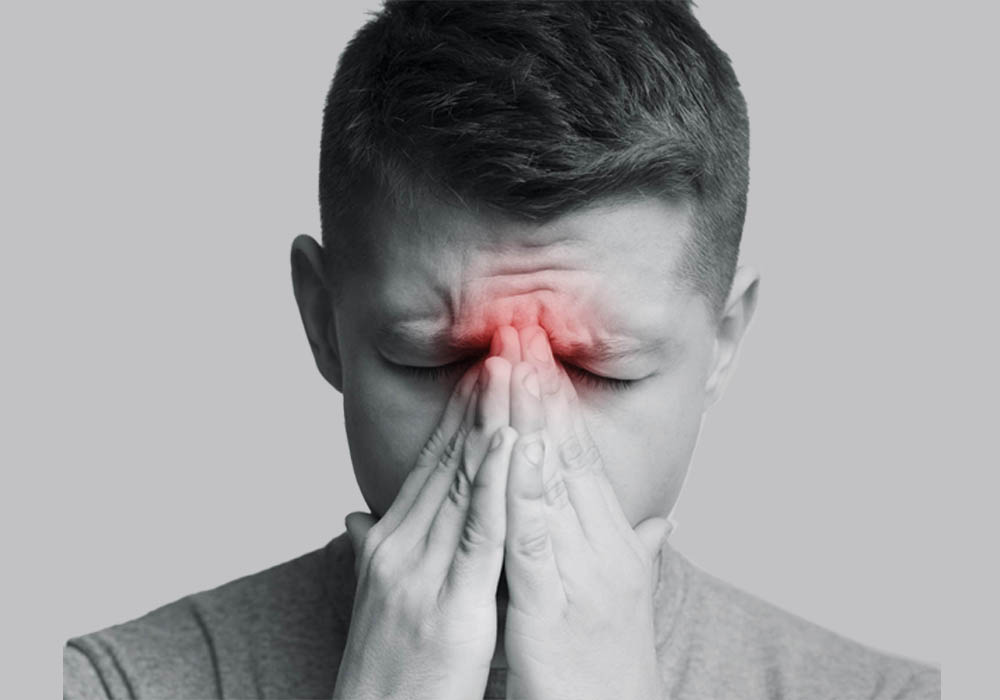 For as long as I can remember, I have suffered from a congested nose and poor, unrefreshing sleep. For years I abused Afrin as it seemed to be the only thing that cleared up my nasal passages. In my early-twenties, I was diagnosed with a deviated septum and chronic rhinosinusitis. Falling asleep was difficult because as one nostril would clear up, the other would clog. This alternating pattern would go on every night until I passed out from exhaustion. In 2006, at 23, I underwent surgery to correct the deviated septum and rhinosinusitis. I awoke from surgery with a few inches of packing in each nostril, gasping for each breath by mouth. It was a long 24 hours before the packing was removed and my nasal passages felt great…for one day. All the benefits of the surgery were gone within a day when the inflammation came back. I was back to where I started only I was in greater pain.

At 26, I went back to school to become a registered dietitian (RD) and spent 90-180 minutes commuting each way from Long Island to Queens, depending on traffic and snow. At this point in my life, I was waking up at 4 am every day so that I could get my workout in before driving to school. When I arrived on campus, I would sleep in my trunk (I had an SUV) for 30-minutes because I was so exhausted. I couldn’t get to class unless I had a nap. Even still though, some days I’d doze off in class. After school, I’d either race to work or one of the two volunteer positions I had. Needless to say, I was very busy and assumed my fatigue was due to burning the candle at both ends. One day I fell asleep while driving on the Long Island Expressway and woke up in a different lane than the one I was originally in. That was extremely scary because I could’ve not only killed myself, but other people. At first I thought it was an isolated event, but when it happened for a fourth time, I decided it was time to see a doctor.

At 27 I was diagnosed with obstructive sleep apnea and given a C-PAP machine. The fact that I was (and still am) of normal weight didn’t seem to raise any red flags with my doctor. He told me 1/3 of his patients were thin and that was normal. After using the C-PAP for 15 months and receiving no relief, I was switched to a mouth piece that was supposed to prevent my tongue from obstructing my airway when I laid down. The mouthpiece didn’t work either. I then wore the mouthpiece while wearing the C-PAP for a few months and still received no relief. I was desperate to feel better yet nothing I was told to do helped. I was frustrated and annoyed that my complaints fell on deaf ears. My doctor seemed unconcerned.

I was at the dentist getting a checkup when he noticed I wasn’t able to bite down all the way. As much as I tried, my uppers and lowers weren’t able to touch. I confided to him that I wasn’t able to chew my food as thoroughly as I used to and sometimes choked. Broccoli and string beans were the worst to eat. My dentist called the doctor that gave me the mouthpiece and scheduled an emergency appointment for me right away. When I got to the doctor’s office, he took a look at my bite and recommended that I buy a plastic tube from Ace Hardware and chew on it every day. This, he said, was supposed to readjust my bite. I was absolutely stunned because he was serious about this. I left his office and never went back. I never bought the plastic tube.

At 29, I officially became an RD and still suffered from these problems. I had been to all the experts and still couldn’t find any resolution to my problems. A year earlier, during my dietetic internship, I had heard an RD speak on the topic of food sensitivities and had always wondered if this was a piece of the puzzle I had been missing. It wasn’t until I was 31 when I decided to act on this hunch and learn more. I ordered the Certified LEAP Therapist (CLT) training and studied the material thoroughly, passing both the exam and case study. I then ordered the blood test for myself. When I received my results about two weeks later, I was shocked to find out that I had 22 food sensitivities, many of them my favorite foods I ate quite frequently. After I removed these foods from my diet, my sinuses opened up within two weeks. I’ll never forget when it happened. I was sitting at my desk writing up a report one night when suddenly, my nose started tingling in a way that I had never felt before. It was a little worrisome but within a minute or so, it completely opened up and breathing was effortless. In addition, for the first time in years, I was able to recall dreams, something I’d never been able to do before. Sleeping is better and more restful and I no longer wake up groggy. I couldn’t believe what I had been missing my whole life. All this time, the source of my problems was a few foods- that was it!

Initially I was mad that it had taken me so much time, money and doctors to pinpoint the (pretty simple) problem, but I now realize I was meant to go through this journey so that I can help others. Not a day goes by where I don’t talk to people who suffer from so many chronic problems. These individuals never associate their conditions with food and neither do their practitioners. In fact, I’ve had many people tell me that their practitioners deny that food can cause or contribute to their conditions. Boy are they wrong! Since implementing the LEAP protocol, I started digging deeper into my own health to find out who I really am. I have since learned I have a CoQ-10 deficiency, an MTHFR mutation, the ApoE 3/4 genotype, highly oxidized cholesterol particles and a possible heavy metal toxicity- all of which food plays a role. I can’t wait to learn more so that I can implement interventions to heal myself. It’s a long journey, but one that I feel is well worth it, since my health is my most important asset.

I hope one-day medicine will get up to speed and give food the respect it deserves, but until then, I will continue to avoid my inflammatory foods while working with individuals that nobody else can help.